Google’s autonomous car will get you to your destination… almost. 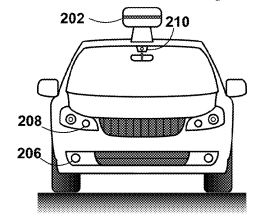 Waymo’s patent application publication US 20170220045 A1 is refreshingly candid: An autonomous car may not get you all the way to your destination since it will only be allowed to travel on pre-approved roads.

For the non-patent practitioners: The autonomous car will only drive autonomously to an intermediate location and then find a different transport mode to the final destination. What is that other transport mode?  A taxi, a bus, or walking – if you are drunk. If you can prove to your car that you are not impaired it may also let you drive the final stretch to your destination in non-autonomous mode.